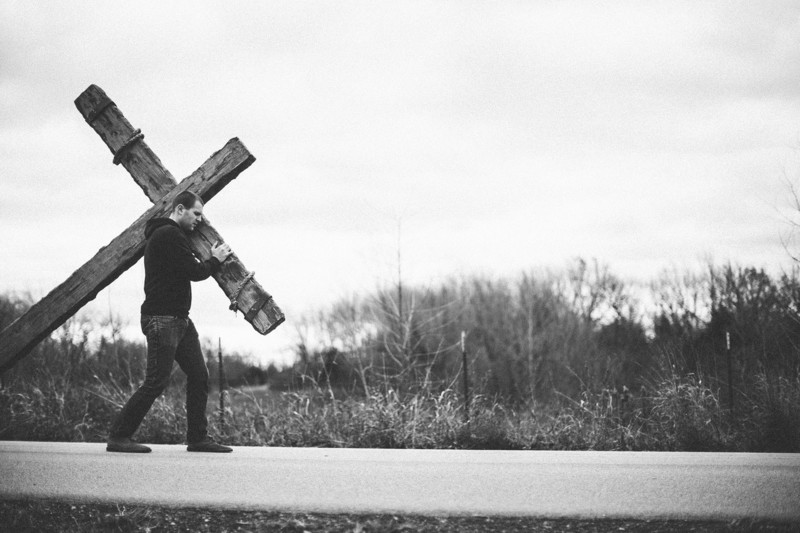 Every day 13 Christians are martyred worldwide.

If the modern-day church has a chance to survive then we must break away from the man-centered gospel that idolizes popularity, political correctness, and denies the power of the cross and resurrection.

Acts 7: The story of Stephen, the newly appointed servant to widows

Stephen consciously decides to abandon all forms of self-protection and turn his day in court into an opportunity to confront the most wicked politicians and religious leaders of his day.

We might say he decided to drain the swamp. Stephen decided to turn the tables on the entire Sanhedrin court. He ain't worried about his reputation. He's focused on exalting the truth - no matter the cost.

The Sanhedrin was made up of a men's-only self-righteous religious police.  They were like our "Washington Elite", a superior-minded group of people who are dedicated to imposing their way of life on others. The elected religious leaders of that day were proud of how they crushed people and canceled the voice of radicals. They saw themselves as protecting the nation, but in reality, they were strangling the life out of the people.

What was the charge against Stephen?

They claimed he blasphemed both God and Moses. But, they had no eyewitnesses, only false testimony, and hear-say about Stephen.

They can say that you are doing something illegal or wrong, but they do not need evidence. They just need a fake testimony against you. They smear you with lies, accusations, and distorted media coverage before you can give a defense.

The reality was Stephen was doomed from the beginning.

Stephen had several strikes against him.

Think about it Stephen was undesirable to the elite ruling class of the Jews because:

He was courageously radical.

He was from the middle class not the social elite.

He was passionate about Christ.

Stephen takes his accusers to the mat.

Oh no he didn't do that! Stephen challenged the doctrines of the local church.

Stephen references Deuteronomy 18:15-19 saying that this is a Messianic prophecy of Moses.

Deuteronomy 18:15 says, "The Lord your God will raise up for you a prophet like me from among you, from your brothers - it is him you shall listen..." Stephen is making the point that Yeshua is the one being referenced.

Jesus said this about Moses in John chapter 5:45-47, " 'But don't think that it is I who will be your accuser before the Father. Do you know who will accuse you? Moses, the very one you have counted on! For if you really believed Moses, you would believe me; because it was about me that he wrote. But if you don't believe what he wrote, how are you going to believe what I say?' "

Stephen puts it right in their face, Moses predicted the Messiah and you missed him. Jesus confirmed the testimony of Stephen.

The Israelites rejected Jehovah and made their own God.

When Moses went up to Mount Sinai to receive God's Word, they grew impatient for his return and so during his absence, they began devising other ways to satisfy their longings and desires. The Israelites began worshipping other gods, specifically making a calf god, offering a sacrifice to it, and holding a celebration over what they had made with their own hands.

The result? God turned away from them.

The modern-day church has GROWN IMPATIENT.

What the Israelites did while waiting for Moses to return is precisely what is happening to many Christians as we wait for God to show up in our generation.

The people of Israel grew restless and tired of waiting so they decided to make their own god.

They wanted answers and solutions now.

They began to doubt Moses so they slipped back to their old ways and determined that their intellect and their ability to craft their own solutions with their own hands was the right way to go. They found a willing religious leader to go along with them in Moses' brother, Aaron.

A leader willing to compromise is not a leader. He is a follower.

The result was that they worshipped a god who was not their god even though they were confident that they were worshipping their god.

Slowly these new doctrines have caused the Bible to whittled down from its original intent.

The result is that too many Christians now worship a god and a savior that bears little resemblance to the God and Savior of the scriptures.

God used the smallest and least prominent of the tribes of Israel, the Levites, to rid Israel of the calf worshipper leaders and to restore the truth.

God is in the process today of raising up the smallest group of believers who long to learn His Word, to rediscover God's written truth, to reinstitute God-ordained appointed times and worship practices, and to obey His commandments.

Acts 7:42 states, "When God saw what they had done, he turned away from them and handed them over to the worship of the stars of heaven, as recorded in the prophetic writings: 'People of Israel, you failed to worship me when you offered animal sacrifices for forty years in the wilderness.' "

This is what the prophet, Amos, told the Israelites was their history.

The same thing is happening today in Christian places of worship around the globe.

The question for believers is:

Will you react as the crowd did when Peter stood before them and indicted them for believing false doctrines of men and rejecting the true Word of God, whereby they repented and wanted to know how to change?

Or will you react as do the Sanhedrin and the Synagogue members when Stephen indicted them, and they hardened their hearts and minds and demanded that yet another God's prophets, Stephen, who brought them this word from God be killed?

Or will you RESIST?

The atmosphere is filled with rage and venom for violence. He knew he had only moments to live or to die.

WHAT WOULD YOU DO WITH THE LAST MOMENTS YOU HAD ON EARTH?

Stephen's face radiated as he shouts with every ounce of remaining strength in his body:

"I see Jesus standing next to the Father!"

Stephen finished his course on Earth declaring that Jesus was the Messiah.

He was an eye-witness to His resurrected, ascended presence at the right hand of the Father.

They stoned him for this proclamation. No Jew believed it was possible and they hated him for screaming out the vision of Christ reigning in Heaven.

His final words were the same as Jesus as he hung on the Cross:

"Forgive them. Don't hold this sin against them."

What will you do with your final days on earth?

Will you stand up for Jesus?

Or will you try to find a comfortable place to hide out?