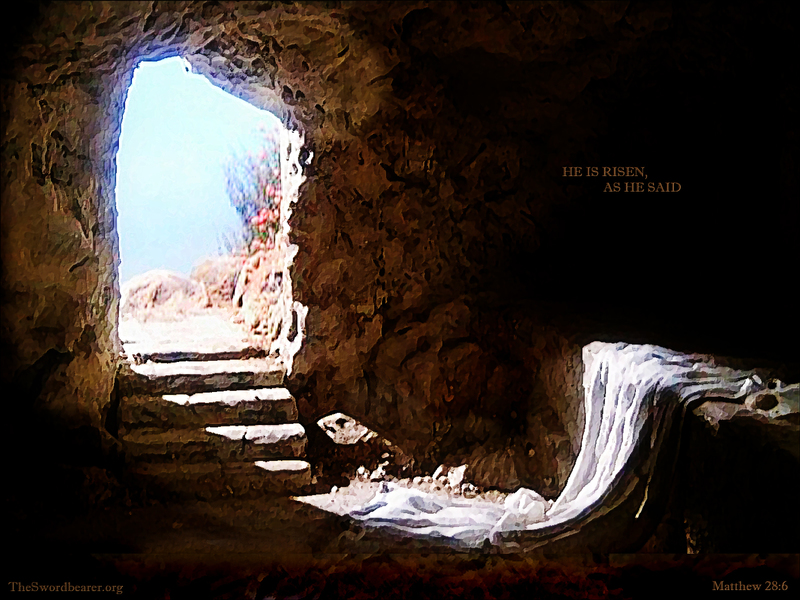 None of the gospel writers know how He rose. They write to prove that He was resurrected but do not describe how it happened because there were no eyewitnesses to His resurrection. Only those who visited the empty grave and the followers who Jesus appeared to know the reality.

The resurrection was essential to God's guaranteed salvation plan for mankind.

He fulfilled all the prophecies up to this point:

But somehow forgot that the resurrection was the most important piece.

His death was public, but his resurrection was private.

In John 20:11-18, John the Apostle writes to fill in the gaps of the other gospel writers. The goal of the gospel accounts is to prove that Jesus was resurrected from the grave.

Mary Magdalene is the first person to check out the grave. Her motivation was driven by her deep affection for Christ:

She arrives to find the stone rolled away and the tomb open. She is anticipating being able to take care of Him and return His love. She quickly realized He was gone.

Had someone stolen His body?

Was she going to be blamed for it?

Did the Pharisees punish Him even more?

The trauma of last night was a nightmare, but now it is worse.

She runs for help to get Peter and John.

They race back to the grave. John outruns Peter, but Peter outdares John.

The grave clothes are left behind which rules out robbers, but they do not catch on.

Why were they slow to believe He was resurrected? They did not understand the scriptures.

Matthew 20:17-19 states, "As Jesus was about to go up to Jerusalem, He took the twelve disciples aside by themselves, and on the road, He said to them, 'Behold,m we are going up to Jerusalem, and the Son of Man will be handed over to the chief priests and scribes, and they will condemn him to death, and they will hand Him over to the Gentiles to mock and flog and crucify, and on the third day He will be raised up.' "

They did not understand the prophecy in Isaiah 53:10-12. John is making a point about himself and Peter. Until the Holy Spirit fills us we do not get it.

In Luke 24:44-45, it says, "Then he said to them, 'Don't you remember the words I spoke to you when I was still with you? I told you I would fulfill everything written about me, including all the prophecies from the law of Moses through Psalms and the writings of the prophets.'"

The disciples return home shocked by their discovery.

They are looking for a dead man, not a man who is alive.

In John 20:11-18, Mary Magdalene returns to Jesus' tomb for a second visit. Mary is overwhelmed with grief. An angel appears and asks, "Woman, why are you weeping?" She says, "Because they have taken away my Lord, and I do not know where they put Him."

Mary is fixed on finding the crucified Christ.

She is looking for a dead body, not the resurrected one.

She cannot recognize the angel's divinity. She thinks the man in the room with her is the gardener, but it is Jesus.

She is consumed with the narrative in her head:

Jesus appears behind her. Abraham, the angel, appeared behind Him providing the ram in the bush.

The church is divided into two categories: Those that see the resurrection as a historical event connected to salvation and redemption. Then there are those that believe it opens the door to give us conquering power in life.

Some see Him as a dead man still upon the cross. Others know Him as risen.

Our embracing the cross is absolutely necessary, but we do not worship a dead man.

How did Mary know it was Jesus?

So Mary runs to spread the good news; the gospel. HE IS ALIVE.

John 20:19-23, tells the story of how Jesus comes to the disciples. The doors were locked to their home because they were hiding from the Jews. The disciples were very afraid of being arrested by the Jews. Jesus came into the room.

His body was no longer subject to natural law. He was fully man and fully God before He was resurrected. Now He is no longer bound to this world. He wanted the disciples to see and experience their potential.

Jesus said to them, "Shalom; peace to you." His greeting means do the will of God.

He reminds them that He is sending them into the world to be His representatives. They are not to live shut behind closed doors.

He breathes into them the Holy Spirit.

He did not whisper an important message to them. He gave them His Spirit.

Genesis 2 talks about how God breathed into man and man became a living being.

Forgiveness is the core of the gospel. He was not giving them authority to grant forgiveness, but to call people to practice it.

Why is the resurrection important to us?

1 Corinthians 15:14-15 says, "And if Christ has not been raised, all of our preachings have been for nothing and your faith is useless. Moreover, if the dead are not raised, that would mean that we are false witnesses who are misrepresenting God. And that would mean that we have preached a lie, stating that God raised him from the dead if, in reality, he didn't."

John 11:25 Jesus says. " 'Martha,' Jesus said, 'You don't have to wait until then. I am the Resurrection, and I am Life Eternal. Anyone who clings to me in faith, even though he dies, will live forever.' "

WELCOME TO YOUR FOREVER. HE BROKE THE BOUNDARY BETWEEN HEAVEN AND EARTH.

God the Father ordained this moment.

When his son's resurrection would rewrite human history.

Giving us supernatural victory over the enemy.