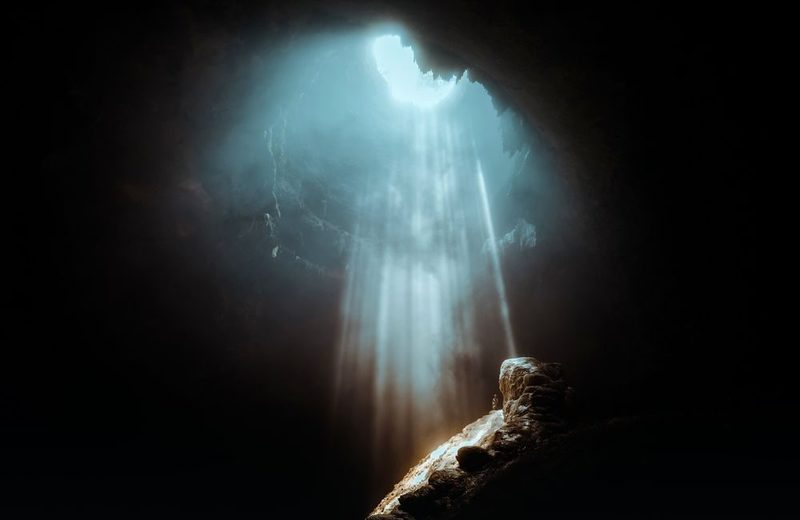 Acts 6:8-15 says, "Now Stephen, a man full of God's grace and power, performed great wonders and signs among the people. Opposition arose, however, from members of the Synagogue of the Freedmen (as it was called)- Jews of Cyrene and Alexandria as well as the provinces of Cilicia and Asia - who began to argue with Stephen. But they could stand up against the wisdom the Spirit gave him as he spoke. Then they secretly persuaded some men to say, 'We have heard Stephen speak blasphemous words against Moses and against God.' So they stirred up the people and the elders and the teachers of the law. They seized Stephen and brought him before the Sanhedrin. They produced false witnesses, who testified, 'This fellow never stops speaking against this holy place and against the law. For we have heard him say that this Jesus of Nazareth will destroy this place and change the customs Moses handed down to us.' All who were sitting in the Sanhedrin looked intently at Stephen, and they saw that his face was like the face of an angel."

We are called to Glow in the Dark.

Not to hide from darkness. There's a big difference. If we expect to overcome then huddling together like cowards in a cave is not an option.

How do you become a blasphemous-God-hater?

Stephen was called a Hater. His opponents twisted the truth to fabricate lies about him.

Stephen's job was to take care of widows. He was hurting no one.  But his accusers said he was speaking against God and Moses.  The bottom line is that Stephen was going beyond the call of duty to help the destitute.  God was using him to miraculously transform lives.

Some Religious thugs got jealous because Stephen was liberating people. His life was a target because unlike the oppressive Pharisees he was freeing up people. They tried to make him seem like some sort of scary radical person. They accused Stephen of being a threat to their social well-being.

The same tyrannical force that attacked Stephen launched an onslaught in 2020 on the "Glowing Ones."

It was a very sophisticated plan. The enemy was twisting things, just like they did to Stephen. They tried to put things on us to oppress us and prevent us from glowing in the dark. The oppression was sent to wreck our marriages, destroy our families and steal our businesses.

You are not alone. The enemy wants you to believe you are alone and there is something wrong with you and that you deserve this attack

Here's how you know you are under attack:

Check the one that applies to you:

This has been going on for thousands of years.

The enemy has a very small playbook. He just keeps recycling it.

That ugly twisted religious spirit accuses those who "glow in the dark".

Jesus said: “You are the world’s light—it is impossible to hide a town built on the top of a hill. Men do not light a lamp and put it under a bucket. They put it on a lamp-stand and it gives light for everybody in the house.“Let your light shine like that in the sight of men. Let them see the good things you do and praise your Father in Heaven.”  Matt. 5:14-16

The biggest threat to the church isn't on the outside of the church it is within the church. The number one goal of a religious spirit is to shut down the move of God.  The elite hypocrites of Jesus' time were masters at picking apart the lives and teachings of those they disagreed with.

Puffy Legalists had taken the written law and diced it, covered it, scattered it, and turned it into a weapon with their oral traditions against Stephen.  They made the God-given written law of no effect with their multitude of unrealistic expectations which were man-made.

So any time God started to use somebody, these groups made it their mission to "put them in their place". The religious leaders wanted to make sure anyone who was being used by God did not become too popular so they silenced their voices.

What is the big problem?

The grave danger is that if we elevate the traditions, the rituals, the customs, and any man-made laws above the written word of God; the Bible, then we run the risk of destroying our foundation for truth.

Do modern-day Christians exalt the opinion of man above the written truth?

These are modern-day examples in our community that has been declared:

Those are just a few examples.

What we have done is that we have gotten so far away from the word of God that if anybody starts referring to the scriptures as THE TRUTH then we look at them as some kind of crazy radical.

So what do we see?

Jesus challenged the traditions of men and empowered the people to understand how to fulfill the law.

Jesus used this principle when he taught the sermon on the mount. He said, "it is like the blind leading the blind." They had gotten so far off the path of truth. Jesus was never against the written law, but only the man-made traditions that created bondage.

Jesus did not come to destroy the law, but to fulfill it.

There is great hypocrisy within the church today.

The same type of hypocrisy took place in Acts. The men who accused Stephen of dishonoring the temple were the same ones who jacked up the prices for animals prepared for sacrifice in the temple robbing people of the opportunity to experience redemption. Don't forget Jesus was not partial to their cheating ways.  He knocked over tables in the temple and denounced their "den of thieves."

Do you see the hypocrisy?

Jesus said so you are turning the place where people should be able to come to be unburdened and find God and you're turning it into a place where they become burdened.

That is what religion does. It burdens you until you give up with exhaustion.

What do modern-day hypocrites do to people?

The day you decided to go all-in with Jesus, you got a target on your back. DEAL WITH IT. DON'T RUN FROM IT!

"20 For you were included in the death of Christ and have died with him to the religious system and powers of this world. Don’t retreat back to being bullied by the standards and opinions of religion—21 for example, their strict requirements, “You can’t associate with that person!” or, “Don’t eat that!” or, “You can’t touch that!” 22 These are the doctrines of men and corrupt customs that are worthless to help you spiritually."  COLOSSIANS 2:20-22