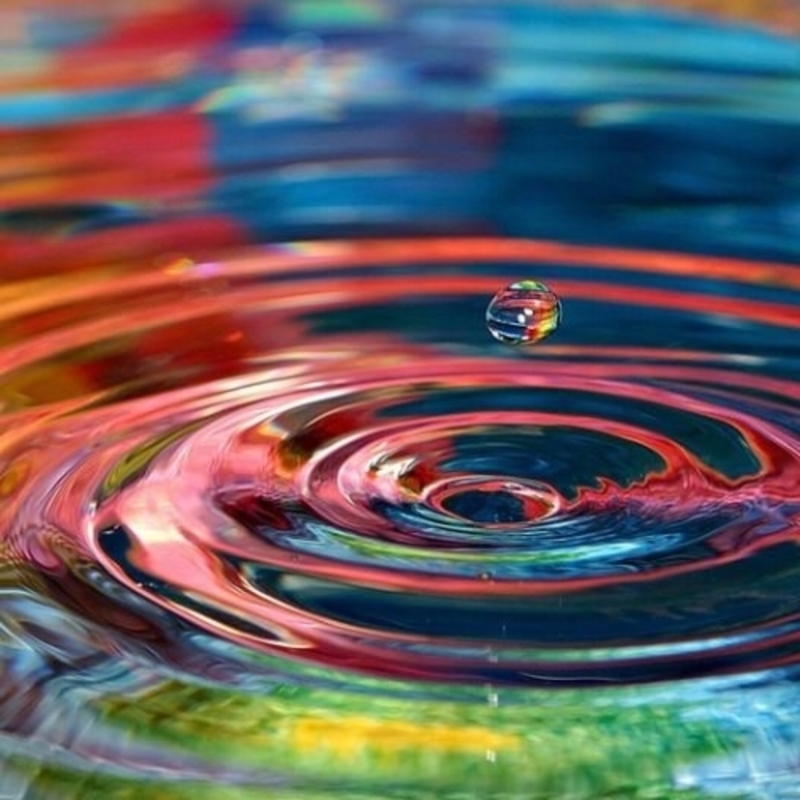 The book of Acts records the historical formation of the move of God. The courageous, new believers multiplied through life-transforming experiences. The gospel contagiously spread like a hope-rally. Great crowds are gathering and pushing in for more of God.  Jesus said it like this, "the wonderful news of God’s kingdom is being preached, and people’s hearts burn with extreme passion to receive it."  As a result, more and more people joined the early church community.

It was the opposite of today's fear-driven pandemic!  People are doing everything they can possibly do to avoid the plague!!!!!! Running, hiding their heads in the sand, and living in denial. Folks, godly people who have been devoted followers are drinking the liberal lies like kool-aid. As a result, fewer and fewer people are joining the move of God.

Every time God moves Satan tries to shut it down. The devil used his typical scare tactics with the first followers; intimidation, temptation, persecution, and internal corruption. The religious bullies of the day tried to stop the spread of the gospel but their attacks inflamed the revolution causing it to spread throughout the Roman Empire.

Acts 6:1 says, "During those days the number of Jesus' followers kept multiplying greatly..."

When the true gospel is both proclaimed and demonstrated the outcome is always the same.

The Kingdom of God is advanced. People encounter the real presence of the Living Christ and you can expect the following:

This is how God multiplies His Movement on Earth...

"But a complaint was brought against those who spoke Aramaic by the Greek-speaking Jews, who felt their widows were being overlooked during the daily distribution of food." (Acts 6:1)

The early church just got started. They did not have a sophisticated system for handling problems. There is no board of directors or elder appointees. The leadership team was a bunch of rookies who were freshly deputized in their spiritual authority. The group didn't have a name or a building with a sign on the front of it.

The big gripe against those in charge was that they were playing favorites and their widows were being neglected. This ugly accusation potentially could split up the entire community.

But the wisdom of the HOLY SPIRIT is unequaled.

In Acts 6:2-3 they call a big, important meeting and resolve the issue."The twelve apostles called a meeting of all believers and told them, 'It is not advantageous for us to be pulled away from the word of God to wait on tables. We want you to carefully select from among yourselves seven godly men. Make sure they are honorable, full of the Holy Spirit and wisdom, and we will give them the responsibility of this crucial ministry of serving.' "

They took this real need and they resolved it in 3 easy steps.

In the words of General Patton, "Never tell people how to do things. Tell them what to do and they will surprise you with their ingenuity."

Why do we complain?

We complain most of the time because we don't want to do the hard work.  We don't want to be responsible for our own feelings and needs. We project our stuff onto others expecting them to fix us and take care of us.

We do what we do at home to others at church, at work, within our government, and even at God.  We don't get our way so we moan and complain expecting them to run to our rescue.

The disciples took a different track. They put the responsibility for the needs of the widows on the group. The care of the widows was placed on seven men chosen by the group. The equation was simple: 12 leaders in agreement + 7 empowered men = a group of widows without a complaint.

You know this was a move of God if seven men can meet the needs of suffering women without anyone getting hurt. There were no riots, no protests, and no hostility. The solution increased their growth as a community.

The Move of God INCREASED through Prayer and Preaching the Word:

Why were prayer and preaching so important to the early church?

NOT THE DISCIPLES. THEY STAKED THEIR LIVES ON UNIFIED PRAYER!!!

We have substituted so many things for prayer.  The modern-day church has become more relevant and less effective because we offer great entertainment and no call to prayer.

But prayer is the vehicle for the outpouring of His God's Spirit. We have no movement without the power to move! Prayer is movement.

Prayer requires One focus. One voice. Total agreement. One goal: to advance the reign of Christ on Earth.

Preaching the Word of God:

There can be no powerful preaching without surrender in prayer.  Surrender is the key to proclaiming the gospel.

The disciples knew that they had to represent Jesus, RE-Present HIM, not just talk about the historical figure they heard about. No, they demonstrated his nature by allowing HIM to live through them.

Preaching the Word is not about smart, relevant, and witty insight from the Bible.  No, it should be the overflow of the Word-Jesus speaking through ordinary surrendered-servants who spill out HIS heart for the multitude.

If we are going to MULTIPLY THE MOVE OF GOD, then we must pray until His presence weaves his nature into ours empowering us to do the greater works He assigned to our lives.