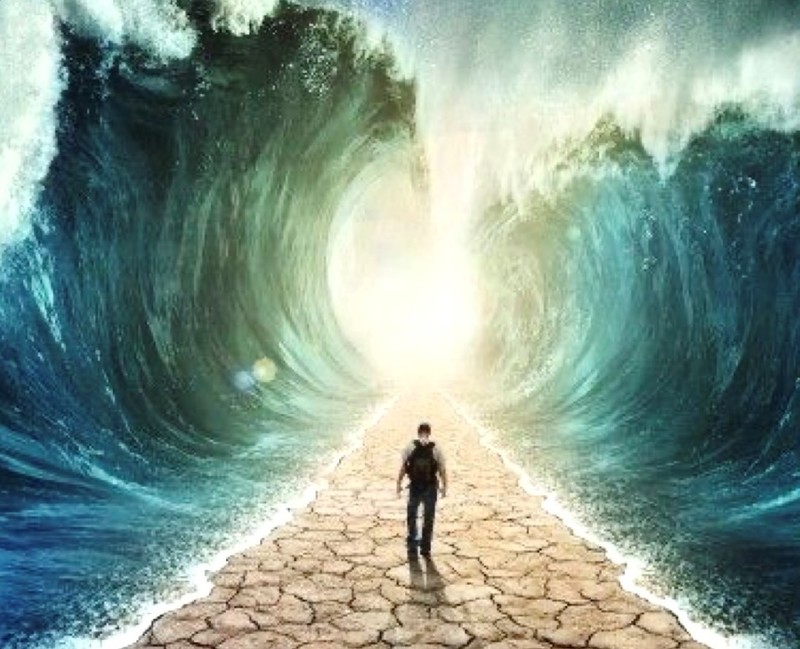 The early church was experiencing rapid growth as well as intense persecution. They experienced the daily demonstration of miracles, calls to repentance and their gatherings were creating uproar and commotion in the city. Acts 5 12-13 says, " The apostles performed many signs and wonders among the people. And all the believers used to meet together in Solomon's Colonnade. No one else dared join them, even though they were highly regarded by the people." The favor of God was all over the apostles meaning someone who is deputized to fulfill a responsibility. The apostles were emissaries: people on a mission.

The mission was to advance the living presence of Christ on Earth. Not to set up an organization or to chat about relevant theology where the majority of people sat passively and hope to get a little inspiration for the week. No, the first followers willingly gathered together to meet the Risen Lord, Jesus Christ, because they heard, knew, and believed his death, resurrection, and ascension gave them authority to tread on every demon of darkness.

Gathering together to proclaim the victory of the resurrection, hear the apostle's teachings, and share life with others was essential. They gathered because it was the most important meeting of the week. It was a feast, not a spiritual snack. They talked about it all week long. The organic living community that followed this radical outpouring created a safe place. It was a place to be restored and a place to bring others to the Kingdom. But something was trying to stop the move of God and the apostles were severely persecuted for it.

Acts 5:17-18 states, " Then the high priest and all his associates, who were members of the party of the Sadduccees, were filled with jealousy. They arrested the apostles and put them in the public jail." Why were they put in jail? The religious leaders were jealous of the miracles and the crowds that were following the disciples. Persecution is unjust because you are falsely accusing someone of breaking a law.

THE DEVIL HATES IT WHEN GOD'S PEOPLE ARE LIBERATED.

There is a false religion rising in our country that seeks to persecute the BIBLE BELIEVING FOLLOWERS OF CHRIST. I did not say Christians because not all Christians believe the Bible or follow Christ.

The false religion is called SOCIALISM. They teach the gospel of relevantism. It's governed by popular opinion and the feeling of love. Many of the leaders of this religion of socialism claim to be Christians, but I don't believe it.

This is the reality of socialism - a pseudo-religion grounded in pseudo-science and enforced by political tyranny. The religion of liberalism preaches that you must honor the lifestyles of immoral people in the LGBTQ+ community as superior to all others. It does not matter if their beliefs are anti-biblical, anti-family, or anti-American.

The Equality Act was passed in the house on Thursday of this week. This bill intends to normalize and impose the transgender and homosexual lifestyle upon ALL AMERICANS. If passed, it will become a tool of persecution to those who want to stand up for the truth.

The Heritage Foundation* reports that the Equality Act has seven dangers:

BUT GOD HAS A DIFFERENT PLAN.

Acts 5:19-21 says, " But during the night an angel of the Lord opened the doors of the jail and brought them out. 'Go, stand in the temple courts,' he said, 'and tell the people all about this new life.' At daybreak, they entered the temple courts, as they had been told, and began to teach the people."

"The apostles were brought in and made to appear before the Sanhedrin to be questioned by the high priest. 'We gave you strict orders not to teach in this name,' he said, 'Yet you have filled Jerusalem with your teaching and are determined to make us guilty of this man's blood. Peter and the other apostles replied: 'We must obey God rather than human beings.'" (Acts 5:27-29)

If we are going to live in freedom then we must obey God rather than man.

Romans 13 is being quoted by passive Christians who say that we should cower to this evil agenda sweeping across our nation, but that's not what Peter and the disciples did.

When told to stop preaching about Jesus they did it more boldly and more courageously until they changed the culture.

How do we go about obeying God rather than man? Here are our steps to liberty:

God will protect this movement: LET MY PEOPLE GO!

Acts 5:33-34, 38-42 states," When they heard this, they were furious and wanted to put them to death. But a Pharisee named Gamaliel, a teacher of the law, who was honored by all the people stood up in the Sanhedrin. Therefore, in the present case, I advise you: Leave these men alone! Let them go! For if their purpose or activity is of human origin, it will fail. But if it is from God, you will not be able to stop these men; you will only find yourselves fighting against God. His speech persuaded them. They called the apostles in and had them flogged. Then they ordered them not to speak in the name of Jesus, and let them go. The apostles left Sanhedrin, rejoicing because they had been counted worthy of suffering disgrace for the Name. Day after day, in the temple courts and from house to house, they never stopped teaching and proclaiming the good news that Jesus is the Messiah."

I urge you to take action against the Equality Act*. Take action now by sending your U.S. senator* a message to vote "NO" on the Equality Act. Find your senators and representatives info at https://www.govtrack.us/.